0 items in your basket
0 items Basket

Bowel cancer: How to identify the symptoms

With bowel cancer the fourth most common cancer in the UK, and one that is very treatable if caught early enough, we wanted to raise awareness of the disease in support of the UK’s leading charity, Bowel Cancer UK. 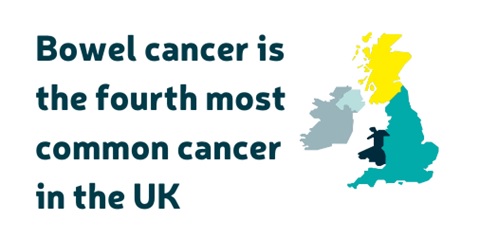 
We’ve conducted research, which found that over half of Brits can’t identify the symptoms of bowel cancer. Our study, which we commissioned as part of our support for Bowel Cancer UK during Bowel Cancer Awareness Month asked 2,000 Brits to identify bowel cancer symptoms from a list, and over half (54%) selected at least one incorrect option.

The majority of people couldn’t recognise even the most prominent symptoms as potential signs of bowel cancer. A third (33%) failed to select having blood in your stool as a warning sign; nearly half (48%) didn’t acknowledge abdominal pain as a symptom; and over half (55%) didn’t flag changes in bowel habit (e.g. looser stool) as a possible warning.

According to the NHS, more than 90% of people with bowel cancer have one of the following combinations of symptoms:

Other symptoms include unexplained weight loss and bleeding from your bottom .

Despite 13 of the 20 (65%) options presented to our survey sample being genuine bowel cancer symptoms, one in 20 (5%) respondents said that none of them were warning signs.

The most selected non-symptom was constipation (45%), which the NHS state is rarely caused by serious bowel conditions.

Our research found that the most common misconceptions about bowel cancer (I.e., the symptoms which people think are signs, but usually aren’t) are:

One of our Customer Service Administrator’s here at ScS, Monica Jordan, shares her family’s experience with bowel Cancer to help raise awareness and urge people to educate themselves on the symptoms: “Both my nana and my mum sadly passed away from bowel cancer after being diagnosed too late. If we had known earlier things may have been different, and that’s incredibly frustrating to know. It’s so important for people to know the symptoms and everything they can do to help prevent it, so they can find it early and treat it before it’s too late.” 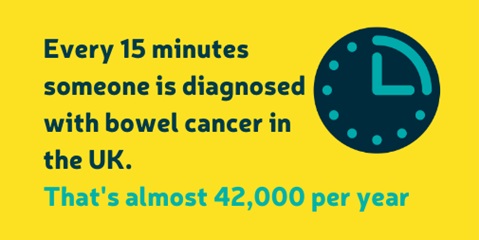 As part of our task to raise awareness for bowel cancer, which sees a diagnosis every 15 minutes across the UK, ScS team members have been taking part in a sponsored walk, where the aim is to walk the equivalent of the entire circumference of the earth – over 24,000 miles!

Genevieve Edwards, Chief Executive at Bowel Cancer UK, said: "Bowel cancer is the UK’s second biggest cancer killer, but it’s treatable and curable especially when diagnosed and treated early, so it’s essential people know the symptoms to look out for. We’re really pleased to be working with ScS during Bowel Cancer Awareness Month to help raise awareness of the symptoms and help save lives. ScS is also generously fundraising for our charity, and their support will help with our lifesaving research and vital bowel cancer services. We wish them all the best for their ambitious round the earth challenge.”

You can support our fundraising efforts by donating: HERE